Hirshberg’s debut novel packs both emotional punch and a vivid portrait of Jewish American life in post- WWII Boston. A retiring radio comedian reminisces on his childhood, fitting himself into the larger picture of a Jewish immigrant family and focusing on one year, 1952, as a turning point in his coming-of- age. Family characteristics help define the shape Joel’s world takes, from his mother’s “ace of spades pronouncements” through his father’s nose for numbers and his Auntie Rose’s dream of becoming a circus performer. Away from home, Joel and brother Steven navigate the larger world with buddies Noodge Mauer, Myandrew, and Frankie, realizing that grown-ups don’t always tell the whole truth. Richly recounted incidents—a seemingly innocent scheme delivering envelopes of money, the death of a neighbor in Korea, Uncle Jake and Auntie Rose’s tale of a Kristallnacht escape—come together to form a sense of American life at a particular historical moment. Who you become, the author suggests, is an amalgam of who you know and the stories you assimilate. Readers will find connections here to Michael Chabon’s The Amazing Adventures of Kavalier & Clay (2000) and to Saul Bellow’s classic The Adventures of Augie March (1953). 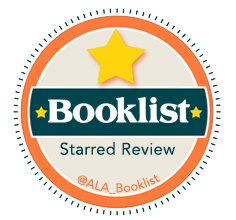