“This standout addition to books about the Jewish calendar presents a wholly new view of all 18 of the annual holy days and commemorative historical days in a witty conversational manner that reads like a novel. Woven throughout are history, traditions and their significance, modern perspectives, inspirational rabbinic commentary, and lots of humor that painlessly builds the reader’s Jewish holiday literacy. Highly recommended.”

In which Janice Weizman reviews (and basically raves about) our Abigail Pogrebin’s MY JEWISH YEAR in a most thoughtful and comprehensive piece.

“Abigail Pogrebin’s casual relationship with Judaism never troubled her until she realized that, despite the wonderful people in her family and the accomplishments she attained, she felt spiritually devoid of purpose. Not having paid much attention previously, she decides to observe all 18 Jewish holidays over the course of a year in hopes of understanding […]

“According to the writer Leon Wieseltier, the greatest scandal among American Jews is illiteracy. We simply don’t know enough — not nearly enough — about who we are and what Jews believe….The journalist Abigail Pogrebin, who interviewed Wieseltier for her book about Jewish identity, ‘Stars of David,’ takes his cri de coeur seriously. In ‘My Jewish Year,’ she becomes curious about how Jews search for meaning — ‘something tugged at me, telling me there was more to feel than I’d felt, more to understand than I knew’ — and decides to celebrate all the Jewish holidays of the calendar year, even the ones she’s never heard of.” 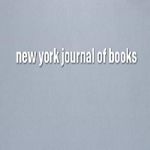 MY JEWISH YEAR is the Work of a “Gifted Wordsmith,” Says This Reviewer

“Abigail Pogrebin is a gifted wordsmith. Her one-year exploration into Jewish holidays is at times amusing, irreverent, evocative, fascinating, and enlightening. She proffers an intimate and deeply personal understanding of her own Jewish experience; and she delivers a depth of understanding of Jewish holidays, laws, rituals, prayers, and behaviors, made more relevant by commentaries and explanations from wide-ranging perspectives.”

“The book chronicles Pogrebin’s adventures in Judaism, from Elul, the period of reflection that precedes Rosh Hashanah, to the final Shabbat of the year. Pogrebin logged her thoughts, feelings, and experiences in detail while interviewing dozens of rabbis and Jewish academics on the Torah and observing the holidays at synagogues of all denominations….”

“An Invaluable Text”: FOREWORD REVIEWS on MY JEWISH YEAR

“My Jewish Year is an invaluable text, both for learning about Jewish holidays and for understanding how contemporary people work to find personal meaning in inherited traditions.”

A “Frank Reckoning” and Much More: BOOKLIST on MY JEWISH YEAR

“[My Jewish Year] is a frank reckoning with the author’s own heart, but it’s also about the myriad ways Jews relate to each other. Jewish and non-Jewish readers alike will appreciate this thoughtful and intimate journey….”

“Verdict: A modern take on a pilgrim’s journal, this account will offer insight for Jewish and non-Jewish readers alike. Readers who are interested in becoming more observant will find it especially worthwhile.”

“Ultimately, and movingly, [Pogrebin] finds herself at the end of the year reawakened to ‘klal Israel, the whole of Israel: a shared inheritance, and reverence for a calendar that has kept us intact.’”